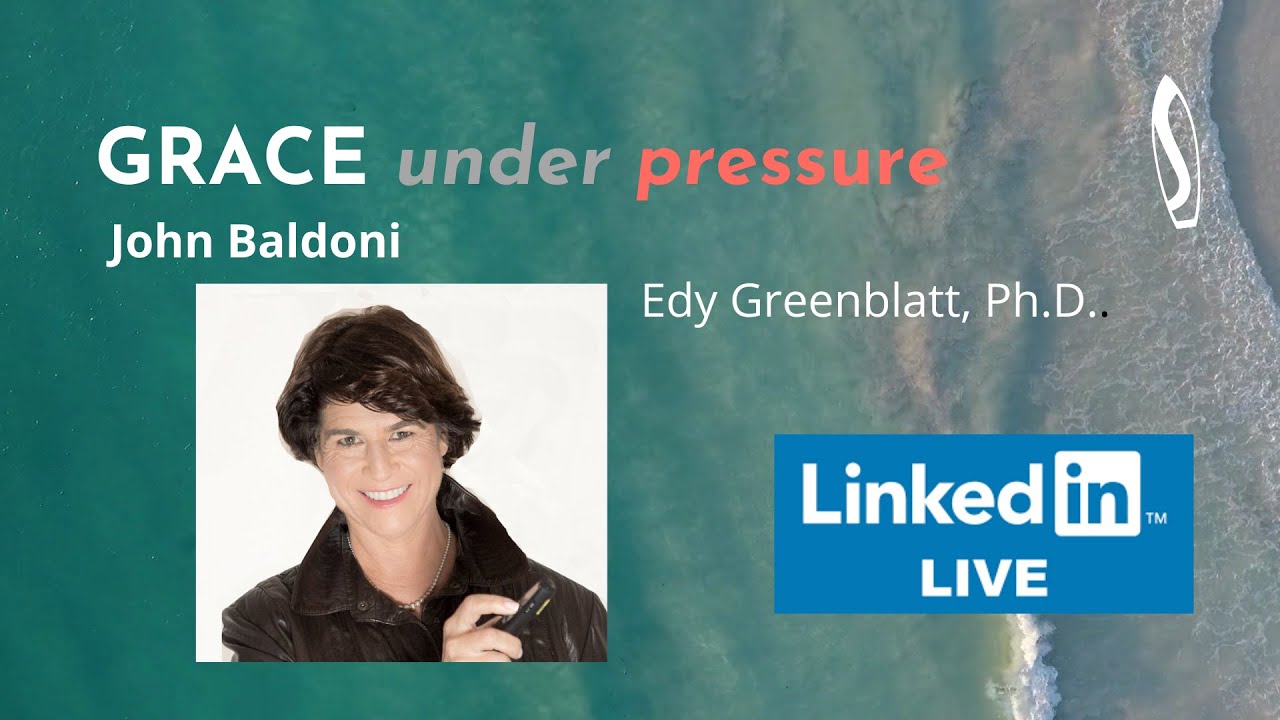 Originally published at medium.com— Published on May 30, 2018

It’s been some years since my last long-term stretch of travel. Back in 2010 and 2011, I spent four months moving through Central America, as well as a few more living in Paris and taking a few trips to other parts of Western Europe.

Now, I’m on the road in Southeast Asia. I’m writing this in Vietnam. While I’ve taken some vacations and trips since my post-college walkabout, this is the first time in awhile that I’ve relied on things like Lonely Planet guidebooks, suggestions from fellow travelers in backpacker dorms, and WiFi hotspots to help me find places to eat, sleep, and have fun.

In that time, smartphones have gone from a nascent technology to, for many of us, a staple of our second-by-second existence. I spend hours using my phone, as well as other internet-connected devices, every day.

What I wasn’t expecting when I came to Vietnam was the extent to which the people over here — everyone from cosmopolitan Hanoi Airbnb owners to rural mountain folk — were also addicted to (or, at least consistently glued to) their tiny screens.

I chose to leave my Kindle at home on this trip, worried that having such an expensive-looking toy would make me a target for crime. I remember keeping a low profile with my iPod touch in Guatemala; hell, I remember being worried about taking my Nokia brick phone out of my pocket on the 2 train to Flatbush in high school.

And while it’s wise to remain vigilant about your belongings, my fears feel ridiculous now. Why would someone want my smartphone or tablet? People here have iPhones, and Samsung Galaxies, and other high-end brands. They’re expensive here, too — but they feel as integral to life in urban and even rural Vietnam as they do in New York City.

But I’m not here to kvetch about how my trekking guide in the north Vietnam mountains spent as much time talking and watching funny pig videos on his phone as he did pointing out pumpkins to me — I’ll do that passively aggressively in this one paragraph and move on.

My bigger concern is that I’ve sat in a number of restaurants, cafes, and public squares in my first couple of weeks, and looked up from my phone to see that everybody — Western traveler, Vietnamese tuc-tuc driver, doesn’t matter — was also on their phone.

I sat down for lunch the other day at a restaurant in the small, touristy, but charming and peaceful town of Tam Coc. Tam Coc is known for its winding rivers, expansive rice paddies, and porous, jagged, majestic karst mountains. There were a few other occupied tables at this open-air eatery that sold hearty bowls of pho and spring rolls that measured almost a foot long: I saw a couple that sounded like they were from Spain, as well as an American with a helmet, probably touring the region by motorbike.

I’ll never know for sure whether that couple was from Spain (though I heard them speak lisp-y Spanish), or if that American guy was a) enjoying his trip or b) even American (he just kind of had the look). Because as soon as I sat down, I pulled out my phone and started reading an article about net neutrality.

If anything, I thought, I was taking a break from the internet — I had just left a restaurant with WiFi, which was just a short distance from my hostel, which also had WiFi. But the other people around me seemed engrossed in their phones as well: Posting to Instagram, researching their next stop, chatting with friends. It’s an incredibly common scene on the tourist trail here. A room full of people will almost inevitably be a room full of people on their phones, regardless of whether or not that room abuts a river lined with banana trees and mountains just waiting to be climbed.

After a moment of looking around, not necessarily trying to catch anyone’s eye, or start a conversation, I gave in. I asked the waitress for the WiFi password. I joined the masses. I checked my IG — no new likes. Maybe I should post a new picture. Then my spring rolls came, and I became momentarily too involved with trying to use chopsticks to look at my phone. It would be a brief respite.

Here’s the thing: I get why smartphones are so useful when traveling. When I arrived in Tam Coc a few days prior to that lunch, I was alone and without any idea of where to go or what to do. All my worldly possessions were on my back, but the one that should have told me where to sleep, my Lonely Planet book, had little to say about accommodations in the area.

So I went to the nearest restaurant, ordered a coffee, and spent the next 20 minutes researching options until I hit on a winner. I ended up staying in a beautiful place, built into the side of a mountain, with somewhat-hot water some of the time and a private, cozy room for $15 a night. Thanks, smartphone.

I use my phone for so much here. I download maps of cities I’m about to visit so I can find my way around. I get recommendations of where to eat, which is good not just for my stomach but for my Instagram. I take decently good pictures and videos. I learn what the prices of bus trips should be, so I don’t get ripped off too badly. I even order cabs, just like I do in the U.S. — except sometimes the cabs are motorbikes, which is awesome.

And yes, I use it to communicate with my friends and family back home. With my Project Fi plan, any WiFi connection gives me the ability to call and text as if I were in the States. I can send Facebook messages, like Instagram photos, and see what fresh bulls**t Donald Trump is tweeting, with nearly zero pause. No more dropping a meal’s worth of money at an Internet cafe to make a call, or hoping my postcards make it across the ocean, or trying to find an English language newspaper at an expat bookstore. Being connected to the familiar can be a great source of comfort, especially as a solo traveler.

And yet. Maybe it was better when I could go without getting texts from my mom (love you, Mom) on a daily basis. Maybe it was better to roll the dice and choose a restaurant at random, to be pleasantly surprised (or, less often, burned badly) by the results. Maybe it wasn’t easier to make friends with fellow travelers when I was younger because I was younger and had a greater propensity for getting drunk and sleeping in squalid hostel dorm bedrooms, but because my head was turned more to my surroundings than to my own lap.

In short, maybe travel was better when I was actually traveling — moving through a different space. Now, despite being in a different location, I find myself looking at the same five-inch space between my hands that I do back home.

Not to rain on other people’s parade, or tell them how to travel, but it’s compounded by the fact that almost everyone else I’ve crossed paths with is doing it, too. The people I’ve checked out pagodas and gotten dinner with — they take out their phones at the table to post to their social media feeds, or check Whatsapp. The fellow travelers at the delicious street food spot are hunched over their devices like it’s the screen light that’s giving them life, rather than the fried noodles. Hostel common rooms are like funhouse mirrors — it’s the same image, slightly distorted to account for body type: everyone facing the same way, heads inclined downwards, tapping away.

To be clear, there are still vestiges of the “old way.” I still meet other travelers, on tours and in bars and while waiting for the bus. But it happens less frequently and more awkwardly than ever before.

Traveling is becoming a bit like going to a concert. We’re all just holding our phones up, taking stupidly long videos of something without actually looking at it, so we can post it on Instagram — because if you didn’t post it, why did you even go? — and then never watch it again. To that point, this isn’t just a travel problem.

We all know that. I was struck by a Gizmodo article that covered comments by former Facebook exec Chamath Palihapitiya:

“The short-term, dopamine-driven feedback loops we’ve created are destroying how society works,” Palihapitiya said. “No civil discourse, no cooperation; misinformation, mistruth. And it’s not an American problem — this is not about Russians ads. This is a global problem” …

“So we are in a really bad state of affairs right now, in my opinion. It is eroding the core foundation of how people behave by and between each other. And I don’t have a good solution. My solution is I just don’t use these tools anymore. I haven’t for years.”

I knew that my smartphone use was a problem back in the U.S. What I didn’t expect was how easy it would be to continue using my phone/accessing my email/checking my apps when I was in Vietnam. That the breakdown of communication between people in real life would extend to the backpacker trail as well.

See the man visit the highly emotional and informative War Remnants Museum in Ho Chi Minh City, only to take off his shoes, pull out his phone, and text furiously. Maybe I’m not trying hard enough, not traveling in the right circles, to the right places. But it didn’t feel that way just a few — okay, some — years ago.

Maybe that trend won’t continue when I get to rural parts of Laos or Cambodia. I hear that WiFi is harder to come across in Thailand than in Vietnam, where every cafe and even night bus has a router. (Though perhaps that will just send people into withdrawal, and the connected spots will be even more anti-social.) I thought that would be the case when I went trekking around the villages of Bac Ha — to walk through the mountains near the border with China, to sleep in the homes of the Flower H’mong and Tai people. I didn’t bring a phone charger for the three-day, two-night trip: Space was at a premium, and I figured airplane mode plus only using the phone to take pictures would keep the phone alive. And if it died? Fine.

Except: Every village we visited, every home we stayed in, had WiFi. The password was the first thing my guide offered me when I arrived at the homestay each night, even before the post-hike beer. He even had an extra charger for me.

I declined the password both nights. It felt good to take a break. I looked at the mountains and the stars instead.

But man, it felt even better to connect again afterwards, and see my phone flood with Snapchat notifications, Facebook messages, texts and voicemails.

To travel used to mean taking a break from the ordinary life that, in many ways, has been carved out for us due to circumstances beyond our control. It used to mean fresh experiences, new stimuli, different perspectives. Now, it’s increasingly about feeding the beast that is our smartphone addiction — or functioning as an excuse to take a break from that addiction, only to return to it with a vengeance.

That worries me. I wonder if it worries other people too.